skip to main | skip to sidebar

The building of St.Dymphna Orphanage was inspired based on the above conversation between the orphans of ten disabled girls and Sister Lucia at a time of their sewing training facilitated by Sr. Lucia, CIJ which was funded by the Social Department of Sikka Regency, Bolawolon, on September 1 -26, 2003. The voices of the 'voiceless' - the first, which was pessimistically responded by a facilitator; Sr. Lucia, CIJ: ……" I have no money …”, as a result of no funds to build the Panti (Orphanage House). However, “the voices of the 'voiceless' were always reverberated in the heart of Sr. Lucia, CIJ and motivated her to find a way to solve the problem by contacting some people with hearts that cared for them.

On November 22, 2003, the ten disabled girls went to the office of Yayasan Bina Daya; the place where Sr. Lucia worked as the head of the . Again and again, the ten disabled girls asked Sr. Lucia, CIJ to take them in to live together because they could learn much more about sewing and possibly about other skills like embroidery, lacing and cooking.

The presence of these 10 disabled girls made Sr. Lucia, CIJ think on how best to respond to their request. Deep down in her heart Sr. Lucia, CIJ felt that their inspiration have coincided with the relisation of the vision and mission of her Congregation. "Option for the poor" that is the universal Church call and Congregation’s mission might come true is the opportunity that Sr. Lucia had in mind to realised it. ”Lord, this is your Will through these children”, said Sr. Lucia, CIJ. “…..the truth, all things that you do against to one of these brothers, you do it to me." (Mathew 25,40). That is why, according to Sr. Lucia, CIJ, if this is Lord's Will entirely, He will always give the way. Because what will be done is the implementation of the Word of Jesus. The ten disabled girls were the representation of the poor and less fortunate.

The next step, Sr. Lucia, CIJ and the ten disabled girls did some fund raising. They collected funds from one stall to another and from one institute to another and through government agencies. This was as the speech of Jesus: “… Find out, so you will find, knock, so the door will be open for you…” , work hard while keep hoping in the Lord's plan is the key of success although we must undergo many difficulties. That’s why, Sr. Lucia, CIJ has always trusted and believed that what she is doing is according to God’s Call. This is God's Will. These are God's plan. God is the provider and above all!

During the intial 3 days of raising funds the ten disabled girls were able to touched the hearts of those who cared against the fate of the poor and rasied the amount of Rp 462.500. These were the first funds and the start of the history of this orphanage house which became as is now. To this day, it has taken in many orphans and physical disabled children and they are able to do several activities despite them being 'voiceless' children.

Because the ten disabled girls raised the funds, so Sr. Lucia took them in a simple house owned by the Institute (Yayasan Bina Daya) and they lived humbly together. From the funds, Sr. Lucia, CIJ added again with her own money Rp 2.000.000, that was obtained from her salary as the instructor in skill training for the children sponsored by the Social Department. So, the total amount of funds was Rp 2.462.500 in the end.

From the total money, they knew that it was not enough to build a new building for their home. However, Sr. Lucia was not afraid to begin it. In fact, that was the way and the start of God's grace in the struggles of the poor and less fortunate. Many individuals gave their attention both morally and materialisticly. So, in January 2004, the placing of the first stone of the house was led by a priest from Carmel-Wairklau Maumere, Rm. Beslon, O.Carm. The construction began although it was very slow until March 2004 it was not finished yet because of lack of funds. But, all these did not deter Sr. Lucia to give up. She believed that the problem was as a chance for her to strive even more in order to achieve success. That is why she tried to corperate and to share with the Social Department about the activities and challenges that they had encountered in building this house. That was the first step of good cooperation to help the powerless children and less fortunate.

There were positive responds from Social Department. They helped Sr. Lucia to finish that building amount of Rp 8.000.000. A great miracle..! Why…? Because at the difficult times, Sr. Lucia needed the grace of God. And these were the God’s planning. God began, God also finished.

The total of funds collected of Rp 13.572.500. From that total, it was not enough to finish the building of house. But, for God, there’s no impossible. God always gives the way. Because there were many persons come to give the gifts both materials and spirituals. And Glory to God, that building could be finished on June 2004.

The short history about Saint Dymphna

Saint Dymphna was born in . Her father; Demon was a king and her mother was a Christian. Dymphna was taught in faithful of her mother. When she was 14 years old, her mother died, and her father was very sad until he began mad. King Demon sent his delegates to all countries to find out a girl who could replace his wife, so that he would marry with her. But it was not success. Dymphna was like her mother as well. So, her father would like to marry with her although Dymphna is his daughter. To avoid this fact, Dymphna ran and left for her house together with a priest; St. Gerebran. They went abroad, the first to Anwerpen, and then they lived in Gheel. For a year, her father was success to find them. He would kill the priest and asked Dymphna to go back together with him. When Dymphna refused, her father killed her by cutting her head.

The legend of St. Dymphna was very well-known in 13th century, when the people dug the corpse one man and woman; there was written DYMPHNA at a stone found in the case of St. Dymphna. When the corpses were buried again, there were the recover happened on the people who were epilepsy, mad and so on. The Bishop of Cambrai was tasked to write an article about St. Dymphna that was collected from the reports and from mouth to mouth. The burial of St. Dymphna is as a place of devotional or sacred place, especially for mad persons, and epilepsy. At the last 13th century, a hospital was build near by the burial of St. Dymphna for the mad persons, depression and epilepsy. Until today, Gheel is always well-known as a centre of neuron hospital in the world.

In this hospital, there were the modern methods in treatment. The societies are well-known because of the hospitality for the patients. There were 2000 patients who can live in the community together with their family and work everyday to fulfill their responsibility until they are recovered.

Dymphna is well-known as the patronage of mad persons and epilepsy. She is also as a patronage of sexual abuse victims. Dymphna is always described as a martyr. There were several statues with the sword that cut her head and evil. The feast to commemorate her day is May 15 every year.

Oh Lord, with deepest heart we request for You through Your servant St. Dymphna who had paid with her blood, the love that she gave to You, to give the free of worry for them who are epilepsy, mad, and so on, especially …………………. (Name of patient)

Dymphna, helper for neuron illness, pray for us

Dymphna, entertainer for those who are broken heart, pray for us

Dymphna, who is well-known because of many miracles, please listen to my requests, Amen.

The first occupiers in this orphanage house of St. Dymphna are the ten disabled girls who were the first time together with Sr. Lucia began finding out the funds. Their existence to this Panti as the first history and the foundation of the further establishment of this Panti. During about a year, they were educated. The activities both spiritual and physical were done for the establishment their quality of life, such as prayer, novena, daily Eucharist and also some training like sewing, lacing, embroidery and cooking.

THE RECENT CONDITION OF THE ORPHANAGE

The condition of this orphanage right now is very different compared with the condition in the first years. This difference is looked by the total of occupiers and also the availability of facilities. The total of occupiers of Panti is right now 97 persons, besides the caretakers are 17 persons and a nurse. The classification of disabled as below:

The total of is Mentally Retarded 22 persons. Mad are 11 persons; mad plus epilepsy are 6 persons; and idiots are 5 persons.

Widower (2 persons), broken home (3 persons) and oldest persons who live out of this Panti are 7 persons. The total of social disabled is 73 people.

Nevertheless, the conditions of availability of facilities are still limited because of day by day the number of disabled children are more and more increased. That’s why; we limit it. This Panti has one sleeping room, one unit of kitchen, one dining room and also for recreation, one unit sleeping room for men disabled and caretakers. While the place for the training is still united with the office of institute. Many disabled children sleep on the place of recreation because less of sleeping bed.

VISION AND OF PANTI

Panti is under Yayasan Bina Daya Cabang Sikka. That’s why; its vision is the improvement of vision of Institute and Congregation of CIJ, taken from Matthew 25:40: the truth, all things that you do against to one of this brother, you do it to me.

The mission which will be taken and improved by Panti is life with love toward everybody, especially for the orphan, physical disabled, sinners and for the poor.

We have some values that must be improved in all activities such as:

To handle the problems professionally and proportional

Coordination and cooperation with government, local: National and International.

Education through the studying process

Children from the poor family.

Novena together based on necessary

Some handicrafts like sewing, lacing and embroidery for the physical disabled children

STRUCTURE OF THE ORPHANAGE 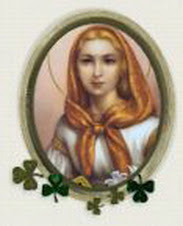 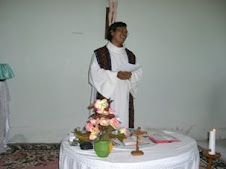 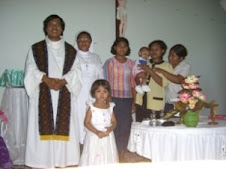